Into The Woods : In hard times, men rock the lumberjack look Band of back-country brothers: The band, Fleet Foxes, drew straws as to who got to wear the iconic flannel for the shoot.

Think of a scene from movie that involves mountainsides, the great wilderness, and at the very least a person wearing something that looks suitable for, say the Northwoods of Wisconsin. This imagery captures the not-so recently elevated status of the clothing influence of a very respectable occupation into the mainstream consciousness.

Now imagine just the person suitable for the Northwoods of Wisconsin and transport him to the greater part of Metropolitan somewhere, away from Americana workwear territory, and the picturesque log cabins where Bon Iver may have very well recorded his debut album For Emma, Forever Ago and consequently did, in complete seclusion.  I believe the person, presumably bewildered as to how he got here, and so quickly without immigration hassles and airport stress would not look very much out of place. All plaid out: Burberry Prorsum jackets and shirt, art work by Damien Blottiere in V Man

Before I tell you why though, let me explain what a lumberjack looks like.  You know those sleek, clean shaven, androgynous looking males sometimes decoratively sprinkled in would-be conceptual or sailor style tattoos which are so popular in big fashion houses’ ad campaigns, runway shows and such?  They look nothing like that. We’re going the opposite direction – back to the basics, when shaving facial hair was eschewed, the red and black lumberjack (plaid flannel) wasn’t referenced yet in a Notorious B.I.G. song , and well before the advent of multi-colored bespoke axes.  Red Wing boots were well worn and not treated like Italian loafers – too precious to scuff up. Imagine Paul Bunyan, or if that’s too far back, imagine Brad Pitt when he was going through a beard phase and allow it to go unkempt for maybe a month or two.  Combine that with a plaid check shirt, straight cut jeans, suspenders, a beanie, some right sturdy boots, and you may have yourself the quintessential lumberjack look.  You could throw in a shearling jacket but that could possibly be a bit too fussy, not to mention incredibly suffocating considering our often times balmy climate. 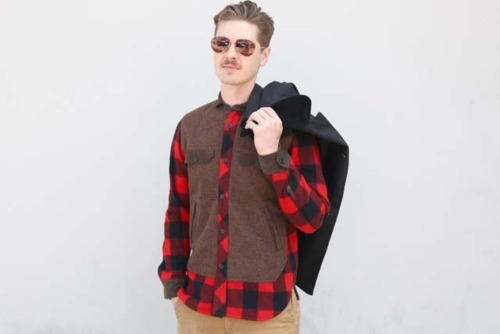 Back to the part about the bewildered, teleported traveler.  I was window shopping in a number of upscale fashion boutiques (Joyce, Harvey Nichols, and Lane Crawford) that carry brands such as Ann Demeulemeester, Comme Des Garcons, Alexander Wang, Givenchy, McQ, Martin Margiela, Balenciaga, Marc Jacobs, etc. in Hong Kong last week and noticed that majority of the guys stuff seemed very outdoorsy for the lack of a better term, but the prices were definitely otherworldly to say the least.  So from there I made my way to a very popular Swedish label (H&M) frequented by the frugal, yet savvy shoppers to windowshop some more.  On the way I spied a noticeable trend in what people were wearing especially the guys (since guys secretly size each other up, comparing, not exactly competing) they all looked like they were off to go to the woods, a hunting trip, or at the least did not look like the typical city slickers one has grown accustomed to in such metropolitan conditions.  Then it struck me – it has now become a full-blown trend.  The Mountain Man of 2006 (as seen on evolution of a hipster) who longed for working class authenticity is back, and plaid is still the pattern du jour.  Men want to look like lumberjacks (with or without the beard since not all Asians are blessed or cursed – depending on how you look at it – with excessive facial hair). Duffel coats, flannel or denim shirts, work boots, fitted henleys, and beanies abound.  Our overly romanticized transient would definitely fit into this scene.  It’s a definite departure from the 90s unisex phase and the Y2k metrosexual. 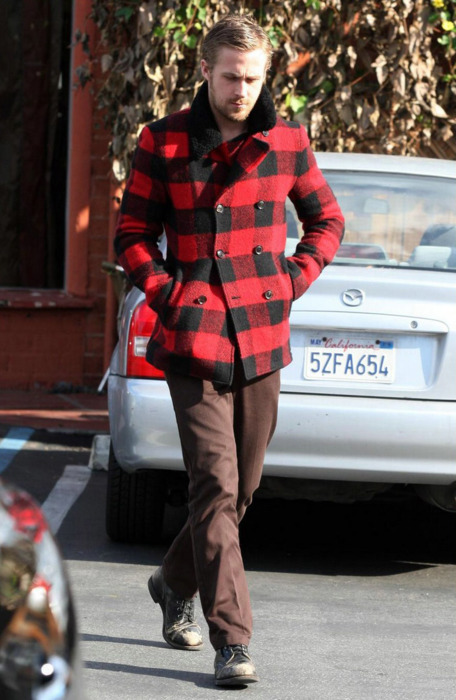 I think men want to look like lumberjacks, sometimes unconsciously because maybe it reminds them of an era of old world masculinity, hard labor earned yourself a strong drink at the end of the day, sweat on your brow meant more than just a few numbers on a treadmill or a faulty A/C in a Bangkok taxicab, people spoke straight to the point minus the flowery two-faced diplomacy, and I imagine one would buy a thicker coat because the climate calls for it. It is about donning a more conservative and practical attitude that may suit our recent economic landscapes as of late. 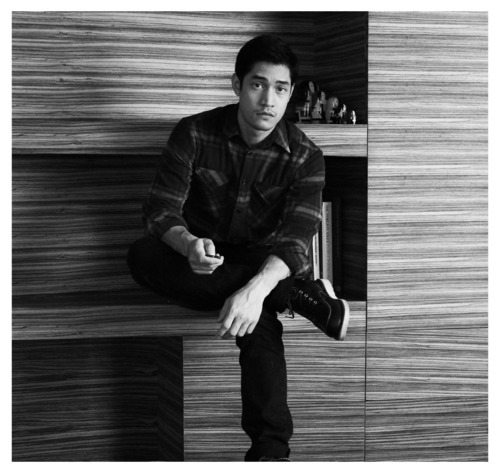 Music trends also affect clothing trends, which can also add to the allure of looking like you’re equipped to take on the woods rather than a suffocating cubicle or an antiseptic design studio.  The recent resurgence of folk music, by way of Bon Iver, Fleet Foxes, and many other bearded, and unbearded bands singing tunes about Blue Ridge Mountains, Skinny Love, and Sighing No More [sic].

Seasons also dictate what kind of clothes we’ve grown accustomed to.  Coats and long sleeved shirts are always present for fall and winter more especially.  It is only in true utilitarian tradition that most of the quintessential Americana heritage type clothing will be staples for many seasons to come. People take inspiration from various sources, and sometimes yearn to create something more substantial than in your face flamboyance or something purely for shock value.  We must also remember that clothes are meant to serve specific purposes, and when worn with the right intent, that’s when style is created.  Know what you’re wearing and why, just try not to let everyone know.  It’s always better to surprise people when asked, than to sound like an unsolicited know-it-all.  Do that and you won’t seem like you’re lost in the woods.